In a recent blog post we talked about our newest dispatch game, “Suitcase Mystery 2” and all the features it has to offer. As we said, one of the best aspects of the game is that it can go anywhere. This makes it perfect for end-of-the-year and new-year parties, especially during this current period, when you may not want your team out and about in a restaurant. Suitcase Mystery affords you more control over where you decide to host the event, and can turn any area into a special “puzzle-word”.

But did you also know that a supplemental workshop can be attached to the Suitcase Mystery game to make a full, three-hour event? The workshop includes a lecture that provides context and key insights about psychology and team behavior, as well as additional games. So the workshop can be a great way to extend your event, or to add extra educational content for your team.

Laying the groundwork: What is a team?

The event last week took place in a hotel. In the morning, the team had internal training and conferences. After lunch, we arrived to start our three-hour Suitcase Mystery + Workshop program. First, our company president, Yamada-san gave a short, 15-minute presentation on the topic “What is a team?” Using a slide presentation, she discussed what teamwork actually is, and why it is important to be conscious of what makes a good team.

The goal of this lecture is to raise awareness about some of the important aspects of team building, and to provide context for teams as they head into the activities. Don’t worry, the lecture material is not too difficult, and it can really be beneficial to think a little more deeply about team building, in order to get the most out of the activities.

After the lecture, we finally got to the main event: Suitcase Mystery! There were seven participants total this time around, so they were split into two teams. As soon as they started solving the first puzzle, players’ regular office demeanor and need to compete was peeled back, to reveal smiles and congenial attitudes. I could tell that as the game went on, players felt more safe and willing to speak and shout out ideas. The normal fear and anxiety of failure fell away, so that players were able to act more casually and naturally.

During the game we played some background music to help the teams focus and spur them on at the end. I think it was very useful and created a good atmosphere for the players.

Of course, we as staff members were also on hand to offer hints as much as was needed. We don’t like to give hints that are too obvious, and we try not to help teams too much. The right hint is just enough to make teams realize something that they hadn’t thought about, and excited to press forward. This group was very thankful for the hints. Both teams also had very exciting discussions about how to solve the puzzles. So I think they take things seriously and have a high sense of responsibility, which was something that we got to see during the game.

The Guessing Box Game: Understanding the difficulty and importance of communication

After a short break, the group came back to play the next game: The Guessing Box. Basically, this game is a version of “What’s in the Box?”, where players have to guess what an object is without being able to see it. In our version, only one player can actually put their hands in the box and touch the object. That player then has to describe the object that they felt without using the name of the object.

This game utilizes multiple levels of communication, between the player who has to describe the object, and the other players, who are allowed to ask them questions. Without giving too much away, here are some of the important aspects of team building that this game highlights:

•The difficulty of expressing information.

•Progressing as a team with asymmetric information (some members know information that others don’t).

•How information can be interpreted differently by different people (something that is particularly relevant to remote and hybrid teams who sometimes have to communicate via imprecise methods).

•The necessity of looking at something from multiple perspectives in order not to get locked into one prejudiced view.

As you can see, this game has a lot of useful applications for the workplace.

Next up was the River Crossing Game. For this game, the players are again split up into the same groups as Suitcase Mystery. They are then each given different characters (don’t worry, there’s no acting involved). Each character has certain features and relationships ith other characters (for example, some characters can’t be in the same place alone together).

The goal of the game is to get all of the characters across the river using one boat. Of course, the boat can only hold two players at a time (there are four characters total). This game requires a lot of logical thinking, and so it sometimes helps teams to use notebooks or whiteboards to map out everything.

But the critical aspect of this game is putting these plans into practice. Teams have to actually enact the plan that they devised to get everyone across. So there is sometimes a bit of a discrepancy between what teams thought and what actually works.

Here are some impressions that teams can expect to get from this game:

• Turning thoughts into plans, and plans into action can be difficult and requires trial and error.

•Even when you think you’ve looked at the entire picture, there may be some key perspective that you have overlooked.

•The importance of bringing in multiple perspectives (having everyone participate) so you can catch mistakes and find solutions more quickly.

•There are some things that you can’t control even if you want to (like the rules of a game), and you have to find a way of finding a way to move forward despite them.

There are a lot of lessons from this game, and even just watching players gave me a lot of insights. One of the players even said “I wish we had filmed this”, since it would have been useful to watch their performance during this game to learn about how they conduct themselves as a team.

At this point it had been around two and a half hours of team building, discussions, and communication. Team members had created a relaxed yet spirited environment in which to strengthen their teamwork. There was only one last activity to do: Team Pen.

After another quick break (which the event organizers asked for–the program is flexible in this way), players returned for the last challenge of the day. This is a game where players use a special pen connected to strings. Players pull the strings and have to work together to write a message.

But that’s just the end. Getting the pen is yet another challenge, and requires the group to use everything they learned from the rest of the day. Staff members give minimal instructions, so it’s great to watch teams figure out what they should do. It is a testament to how far they have come in such a short period of time!

Congratulations on a job well-done!

Before I knew it, the three hours were finished and the group had completed every challenge. There was a wonderful feeling of accomplishment and team unity in the air, even though all the players felt tired. The event organizers, in their infinite wisdom, knew this would happen, and so they ordered some snacks for the players to enjoy after the game. This was a great decision.  Players had a chance to unwind and relax, while talking about their experiences (this is something we used to do too, back in our escape game days).

The above represents our basic Suitcase Mystery + Workshop three-hour program, which includes four activities plus the lecture. If your team has different needs, the program can be changed to suit them. Maybe you want more icebreakers, or more discussion time. Maybe you want a specific topic to be highlighted. Just let us know and we will work to make sure your event is a success.

Invite Japan has many other offerings for end-of-the-year and new year parties, including online team building activities (Tabitantei, and Secret Agent: The First Mission, the latter of which will be released in December)  and outdoor scavenger hunt games. Contact us for more information or consultation!

Photo by Jo Szczepanska on Unsplash 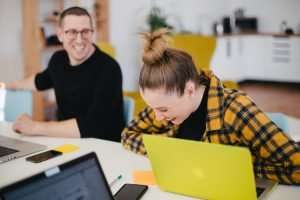 Mentoring, Training and Team Building in a Brave New World: How Hybrid Is Affecting Team Development and What to Do About It

As a company focused on team building activities and events, we like to keep up-to-date with the latest in what’s going on in the team

10 Effective Trust Building Activities That Will Energize Your Team

How do people learn to trust each other? There’s no easy answer. It often takes time, patience, and understanding. Trust also involves some level of 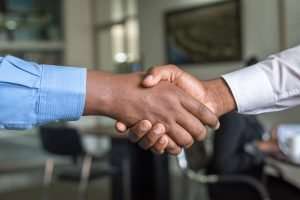 How to Build Trust on Your Team: 5 Steps for Establishing a Culture of Trust

Over the many years that we’ve been designing and running team building activities, we’ve always emphasized and talked about trust. Trust lies at the foundation 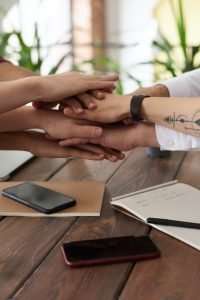 As recently as a couple of years ago, the term “distributed team” used to be used only by business theorists and corporate trainers–people “in the 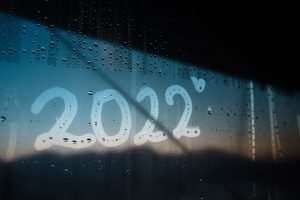 Looking Ahead to What’s Coming in 2022: What We’re Excited For and Thinking About

Happy new year to everyone! We hope you all had a relaxing and refreshing time at the beginning of the year. This period of time 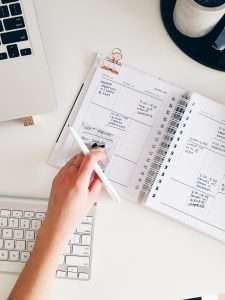 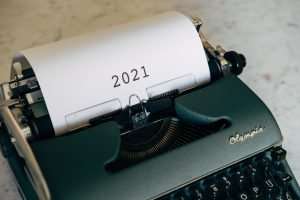 Reflecting on 2021: Successes From the Past Year 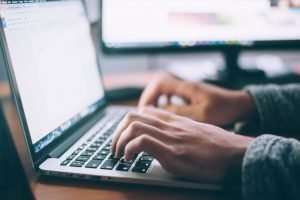