Leading up to our release of Suitcase Mystery 2, we want to give you some of the history and

Offices are not built for fun– they offer very little surprises. So it’s tough to create an engaging program for your team in the same spaces that are normally dedicated to analyzing problems and focusing on daily tasks. To solve this, the first impulse may be to have an offsite team building event. But it doesn’t take long for managers to question the relevance of such an outing, other than to have a playdate with colleagues.

This was the predicament in which a fashion brand found itself when they approached Invite Japan for help. The core of the company’s success lies in the collective energy of its employees. What they were looking for was a way for team members to engage with and internalize this core principle, and thereby strengthen their team as a whole.

The Invite Japan team set to work creating an escape game out of the very products, materials, and company lore that made up the foundation of the fashion brand. This required a delicate touch. We wanted the experience to be playful and surprising, while staying respectful. Participants needed to break through their existing reverence for the company in order to understand the importance of their place within it.

This particular fashion brand is widely recognized for using quality fabrics, sturdy hardware, colorful patterns, and overall innovative designs that invite the customer into a world of modern sophistication. All of these qualities are great material for us to work with. In fact, the real challenge was where to start!

The building blocks for a team challenge include stages that end with having to open a lock. In other words, solve the puzzle to get a code that unlocks the next puzzle. A typical 60-minute game that is to be completed by a group of four or five players would include about seven unique stages.

Here we ran into our first problem. A typical game includes puzzles that fit together in a specific predetermined way that creates a single correct answer. With fashion, however, there shouldn’t necessarily be a “correct” way to look at any particular item or feature. We did not want to accidentally reinforce a viewpoint that we were trying to break through.

Ultimately, we came up with puzzles that did not focus on coordinating elements using a specific fashion sensibility. For example, players were tasked with dressing a mannequin with a top, a bottom, a pair of shoes and a bag. By searching through the items they selected, players found codes to access their team’s next challenge. However, we were careful to make sure that items could be coordinated in many different ways to produce a successful result.

For another puzzle, we used the beloved UV light (if you have ever played an escape game, you will likely be familiar with the moment in many games when words and icons glow under the purplish light). This created a story element that introduced the famous pet that belongs to the brand’s namesake. Facts about this dog make up a fair amount of playful trivia within the company.

When the players discovered that the key they were looking for was “stolen” by the mischievous pet, they were completely charmed. This is when we placed a historical date that was particularly important to the company’s founding. By deploying this fact at the right moment, players were guaranteed to remember this detail in a way that was more personal and likely to be retained.

One more thing that really hit home with this group was a bit of serendipity, of which we made perfect use. The room in the office where this event was to take place happened to have a large mirrored wall. At the beginning of the event, the players were invited to write a hope or goal that they had for themselves and the company directly onto the mirror. This ended up being a really good ice breaking moment.

We were able to use a room that is usually used for business in an alternative way, and this was a means to invite players into this space. However, once the game got going, the messages that they wrote were quickly forgotten as new tasks were being uncovered. Also, “messages of hope”, while nice, often seem a bit hollow in a corporate setting.

So imagine the player’s surprise when one of the last locks of the game opens a cabinet that contains a bottle of window cleaner. Now the final task is to clean the mirror. The players dutifully and efficiently (the clock is counting down!) cleaned the mirrors from top to bottom. When they presented their work to the game facilitator, they were congratulated for finding the answer to their hopes and goals. “The future lies in the mirror.” The players came to realize that they should not be looking at the clean mirror, but instead in the mirror. Each of the players make up the future of the company.

Of course, not every office has such details to work with. But you would be surprised. And that is the point! When you are looking at the same things day in and day out in an office, it’s hard to recognize the details that were placed with purpose and hope that those who worked within the space would embrace the mission and essence of the company. Over time though, these kinds of details blend in with the background and become harder to see.

Oh! Did I mention the balloons? There was a stage that required players to pop several dozen balloons looking for information about the next stage. The commotion was something to behold and drew in the attention of others in the office who wanted to know what on earth could be so exciting. If they were lucky, they would find out too.

Something with a suitcase…?

When it was time to welcome a new group of fresh-faced members to the company, the brand returned to Invite Japan with another challenge: Could we do something with a suitcase?

Next week in Part II, we’ll share the creation process of Suitcase Mystery 1 and the lessons learned from it….

Photo by Erwan Hesry on Unsplash

Fall is officially here, and so it’s time to get excited about colorful leaves, cozy sweaters and sipping hot drinks again. The temperature outside is 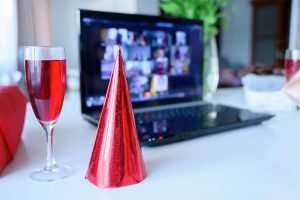 Online End Of the Year Parties: Ideas to Spice Up Your Virtual Celebrations

It’s hard to believe that yet another year is drawing to a close. This part of the year always comes with a tinge of sadness.

Designing Puzzles: Creating “Aha!” Moments Instead of “Oh no…” Moments

Story and Scale  We all love a good story. When we are creating a new game or program, especially one from scratch, the theme gives

Online Team Building Activities: Fun and Quick Online Games That Your Remote Team Can Do Anytime

Resilience: What It Is And How It Can Change The Way You Think About Dealing With Crises As A Team

Since the pandemic started, and especially in the last few months, I’ve seen the term “resilience” pop up everywhere. In newspapers, magazines, online, on podcasts. 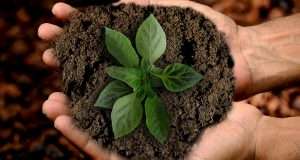 The Global Outlook of SDGs: Looking 10 Years Ahead

Since the beginning of August, we have been giving you reports about SDGs (the UN’s 17 Sustainable Development Goals) from around the world. At Invite

Secrets of Story Creation: How We Develop Our Game Stories

“Puzzle Scouting”: That looks cool… but so what?