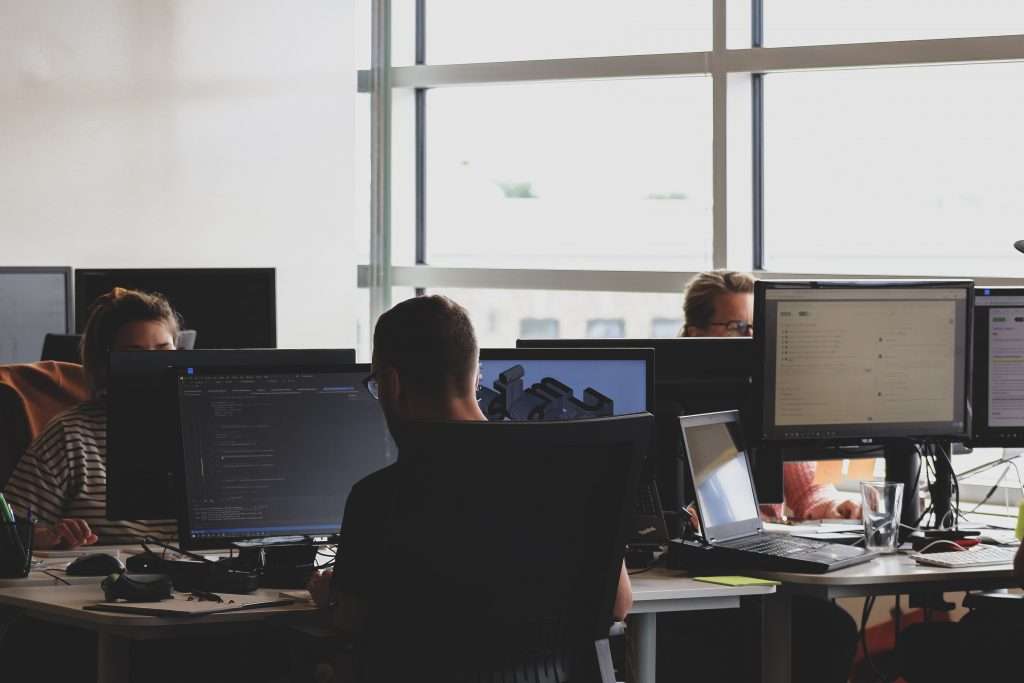 “We live in strange times”. I can’t tell you how many times I’ve heard that said in the past two years. Part of what’s been “strange” is having to adapt to so much constant change and uncertainty. Life, including work, has simply become more unpredictable. The old ways of doing things–at the office, at home, in our social lives–have all become unmoored.

As a team building company, we of course are interested mostly in the work part, and a lot of what we have tried to do in these blog posts is make sense of the major changes in work culture that have occurred and try to provide useful advice on how it will affect teams and team building going forward.

But as time goes by I have noticed that these areas of our lives are becoming less distinct–and maybe they never were that distinct in the first place. Our home lives are blending in with our work lives. And there are so many social aspects to the workplace and to teams that are vitally important and often get left out of the discussion.

What’s happening now, as many have noted, is almost like a giant experiment in remote and hybrid work. We still don’t know what the long term effects will be. And looking even farther out, we still don’t know where all of this will lead us to. This makes any sort of envisioning of the future of work somewhat precarious. In some ways, all we can do is try to do the best we can with what we have in front of us (probably a good lesson for life in general, too).

Stil, perhaps we’re not asking the right question about the future of work as it relates to remote and hybrid work styles. Nowadays we often want to know the “right answer”–what’s the best, what works, what’s the trick, what’s the hack? In the case of teams: what’s the most productive?

We’ll return to productivity later, but what if it’s not about whether working remotely is good or bad, but about what the benefits of implementing it as an option are. In other words, what might remote work provide that offices can’t and vice versa. And what can we learn from both that might help us in the future?

In an article in The Atlantic, Derek Thompson notes that productivity hasn’t seemed to have dropped as a result of the shift to remote work. Indeed, even if we accept that we might not be taking into the long-term effects of remote work, the fact remains that this huge sudden shift in the way people work generally didn’t lead to mass chaos or any tangible drop in productivity. And yet, we all feel that something is “missing” when it comes to remote work.

In another article, Thompson arrives at a possible reason why. He makes the distinction between “hard work” and “soft work”. Hard work is the concrete tangibles of your job: writing articles, making data sheets, coding, etc. Soft work is everything that occurs in the work environment in that grey zone between work and not-work: forming relationships, chatting, gossiping, casual brainstorming, and making jokes.

Soft work is what the office was good for, and what many people miss most when working from home. Soft work doesn’t completely disappear with remote work, but it does move to areas that are harder for many people to access easily–Slack channels, Zoom calls, and other apps that require a slight change in social skills.

Meanwhile, perhaps because soft work has been confined to certain online areas of the workspace, hard work may have gotten easier to accomplish–there’s simply less distractions (of course, this is biased towards knowledge and creativity-based jobs). So remote workers can simultaneously feel more productive in a hard work sense but still uneasy because they lack the same kind of soft work that they used to have.

Communication and the “silo effect”

Another interesting point that Thompson raises has to do with communication. Surprisingly, research based on Microsoft employees following the pandemic and their shift to remote work indicates that while company-wide communication dropped, in-team communication and closeness actually rose.

What this means though, is that remote work has the tendency to create “silos” of communication among teams, where teams are only focused inward and not engaged with the rest of the company or group. This actually seems quite similar to the sort of silo effect that can be seen across social media, where users tend to clump into enclosed and self-reinforcing enclaves.

The elusive origins of productivity

How are we to make sense of all this? And what does it mean for teams moving forward? The answers to these questions have a lot to do with how we think about productivity and how to generate it.

Does productivity come from hard work or soft work? We might want to immediately jump to hard work, because of course productivity is about getting work done and not having distractions.

But then what about creativity? What about new ideas that are sometimes generated not in a dedicated conference meeting but in an off-the-cuff conversation that starts with asking a coworker if they’ve seen any good movies lately. What about spontaneity? What about team relationships, which are critical for things like trust, psychological safety, and resilience? And finally, what about training and mentoring opportunities, which younger team members especially value, and which are critical for retaining and developing talent?

All this is to raise the point that maybe productivity is a lot more elusive than we think it, and partly based on things like feeling accepted or socially integrated, or being inspired, that are not only difficult to measure but also different for different people.

Conclusion: Is the future hybrid?

The short answer: most likely. But the contours of how this will shape out are not yet defined. And that’s one of the goals of writing this–I wanted to start a conversation about what hybridity can actually mean and what is important when it comes to thinking about them.

Like I mentioned above, there is no right or wrong answer when it comes to structuring remote and hybrid teams. But teams should think hard about what their own values and goals are in order not to lose sight of what makes them unique, creative and productive. They shouldn’t have to give up their identity based on someone else’s model.

At the same time, teams will need to experiment if they are going to succeed in a hybrid world. They will have to search for the right balance between soft work and hard work, maybe even spending more time on things like team building events in order to compensate for the lack of face-to-face time. They will also have to search for ways to integrate themselves with the rest of the company and retain the same level of interaction with outside groups as they did before.

So in the end, to answer the question posed in the title–the future of work is exciting, and entirely up to us.

Invite Japan has a wide range of activities for remote and hybrid teams, including online team building activities, face-to-face events, and workshops. Contact us for more information about our services and how we can help your team be its best.

Photo by Sigmund on Unsplash 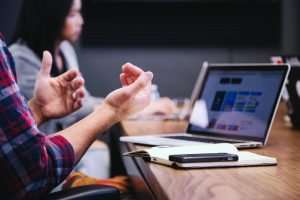 Making the Transition to Hybrid Effectively

The future is hybrid, or so everyone says. Hybrid teams, which are teams where some members work remotely while some work in-person, have become a 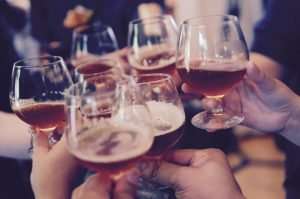 The Future of Team Building: Reflections on a Recent Survey in Japan About Drinking With Coworkers

Over the weekend I came across this article about a recent survey conducted in Japan relating to work and drinking culture. It found that over

In a recent blog post we talked about our newest dispatch game, “Suitcase Mystery 2” and all the features it has to offer. As we 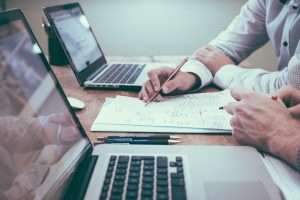 From Tabitantei to Secret Agent: A Report on the Development of Our New Online Team Building Game and the Creative Process Behind It

Early next month we will be releasing our newest online team building game, Secret Agent: The First Mission. To give you a taste of what’s 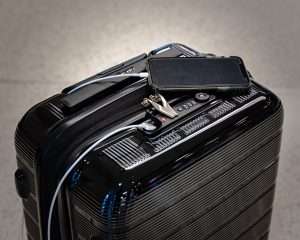 A Report on Suitcase Mystery 2: Our Exciting New Dispatch Game

With the end of the year approaching, we’ve been getting a lot of inquiries about our online team building program. However, with lockdown restrictions easing 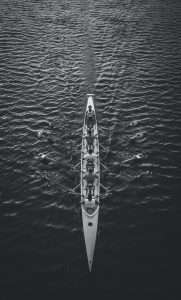 A Guide To Making Your Team More Resilient: 7 Ways To Make Your Team Stronger And More Capable Of Facing Challenges

Over the course of the last year and a half or so (coming close to two years), companies and teams have faced numerous challenges. From 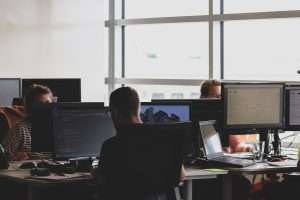 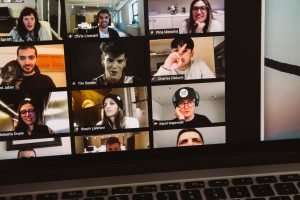 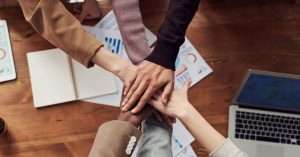